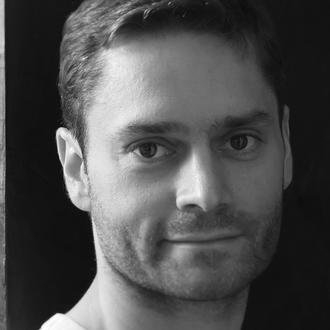 Marco Acerbis Born in Bergamo 1973 he completed his studies in architecture at the "Politecnico" University of Milan in 1998. From 1997 to 2004 he lived and worked in London where he worked with Norman Foster’s architectural company.

During those years he was part of the construction of an eight floor building designated to scientific research by the Imperial College in London; he also became Project Manager for the project City Academy, a 1400 students, 250 metres wide high school recently inaugurated by the British Prime Minister. His interests encompass architecture to product design, from graphics to any form of visual art. He designs products for Morphos and Acerbis International, for whom he is planning the 5000 metres widening for production and offices. He actively works with the paint company Cebos for whom he has been designing since 2001.
He is currently developing a London tourist guide. His products have been published in many magazines and in 2000 his bookcase design, Standing gets the third place during the contest "Young & Design Competition" at the "Salone del Mobile di Milano" exhibit. Marco Acerbis currently lives and works in Milan.
He designed the Vertigo lamps for FontanaArte.
News
Sale offers
Outlet
Subscribe to Newsletter
+420 244 402 459
hagos@hagos.cz
© 2023 HAGOS,
DESIGNED BY
GDPR
Join us
Subscribe to our Newsletter