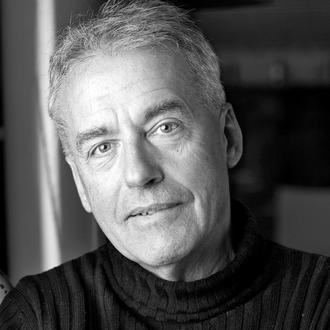 Marc Sadler, born in Innsbrück, is a French citizen, but is currently living in Milan. a graduate from the "E.N.S.A.D." in paris in 1968, that same year he won the Brook Stevens design prize. In 1968 he was already part of design Center 1 in Paris - the first organised French group of designers. In 1970 he joined the France design group (active in France in various sectors), while continuing his own research and experiments on plastics and their possible applications.

An experimental design (ski boot in thermoplastic material) brought him into contact with the sports sector and in 1971 he began to work in italy with Caber, for whom he patented the symmetrical shell system, which generated the most popular ski boot for several years. This led to him opening a workshop in asolo equipped with cad and cam 3D.

He set up a structured organisation, also for pattern collections and technical development, in order to offer his clients a "complete package" of services, from ideation/design through to development of the product. After having opened branches in New York, Hong Kong, Taiwan and Venice, he has recently settled in Milan.

Still strongly tied to the sports sector with working relations that by now spread over decades, the designer confirms his singular capacity to understand and assimilate different production technologies, adapting them to the demands that are made on him. Marc Sadler is also fully engaged in teaching in design schools and universities in Italy and abroad.

Among the many acknowledgements received:
- Design plus of Frankfurt for the shower cubicle Apotheos designed for Domino-Albatros (1995)
- Compasso d'oro adi for the soft lamp drop designed for Flos-Arteluce (1995)
- Auszeichnung fuer gutes design at the industrie forum design of Hannover for the wall light drop 2 (1996)
- Createur de l'annee at the salon du meuble de Paris (1997)
- Ccompasso d'oro adi for the glass-fibre and carbon lamps tite and mite designed for foscarini-murano (2001)
- Ddesign plus of Frankfurt for the kitchen scales Grammy designed for f.lli Guzzini (2001).

In 1998 the M.O.M.A. of New York included his motorcyclist's back protector (designed for dainese) in his permanent.