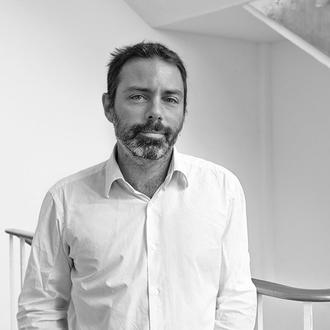 Marc Krusin was born in London, the 5 May 1973 and obtained his Industrial design degree at Leeds Metropolitan University. After an internship with Fred Scott in London and George Sowden in Milan, followed by a short stint at the Leeds Metropolitan University, his career took off in Milan by his cooperating with various Milanese firms. Currently Marc Krusin is responsible for the Piero Lissoni studio's design department and he develops projects for international clients such as Kartell, Flos, Alessi and Wella.

In 1998 he co-founded the Milanese group "Codice 31" with five other designers of various cultural and ethnic backgrounds. The partners' first occasion to publicly display their work came at the "Salone del Mobile" exhibit in 1998 at the "Salone Satellite", a stand devoted to young designers. In the following years the group continued to grow and to earn success in the Industrial Design world, and designing works for the most well known manufacturers. In 1999 Krusin presented his work titled "Doggy Bag" (a spatula designed to scoop dog's waste) at the exhibit Opos. In 2000 he displayed his second work for Opos titled "Hook Me Up" (an elastic hook designed to hang clothes) and during the same year a selection of his lamps were presented for the exhibit Borderlight held in Milan. In 2002 he exhibited his collection "Upside" at the "Salone Satellite" and in 2003, along with Oliver Layseca, he presented the system "Sticks and Stones". Also in 2003 Marc Krusin exhibited works at two other cultural events during the "Salone del Mobile": "Copper Connects Life" at the Italian Institute of Copper and "PVC for Life and Living" at the Branca Tower. He actively works with: Pallucco, Saporiti, Bosa Ceramiche, Capo d'Opera, Viccarbe and Glas Italia.

He has designed the Lantern and X Wing lamps and the system “Hooked” for FontanaArte.
News
Sale offers
Outlet
Subscribe to Newsletter
+420 244 402 459
hagos@hagos.cz
© 2023 HAGOS,
DESIGNED BY
GDPR
Join us
Subscribe to our Newsletter