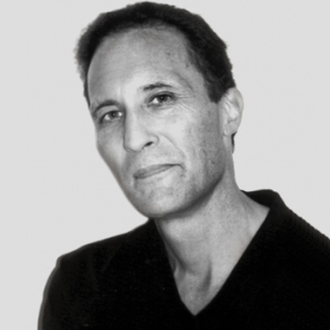 Jonathan Daifuku was born in 1947 in Boston, Massachusetts in the USA. After obtaining his Philosophy Degree from the Ste-Barbe College of Paris, he started studying Fine Arts at the department of Architecture in Paris, France. In 1971 he obtained a second degree in Ambient Design at the Rhode Island School of Design in the USA and a third one in Architecture. From 1972 to 1973 he partnered with well known American architects and firms such as Pault Rudolph, Knoll International and Tandberg. During the same period he worked for Gyorgy Kepes and Frederic St. Florian at the Massachusetts Institute of Technology. In 1979 he obtained a master in Urban Design degree at Columbia University, New York. From 1983 to 1990 he founded and headed the Studio Daifuku Designers where he produced and sold the lamps he designed on the European market.

Among the numerous of products designed: The lamps Block and Me2 for FontanaArte; The lamps Lisa, Mowgli, Bookend and Big Beng for Candle; The tables Von Braun and bookstand Kant for Schopenhauer; The collection Zip, the lamps Zua, Piu, Winston and Crescendo for B.Lux; The lamps Kibo, Kobe and Kabuki for Van Lux; The bookend Tuki for Blauet, that won the selections at the ADP in 1995; The collection of bathroom accessories ZU2 for the Gruppo Rapsel; The coat hangers series Captain Hook and the seating collection Woody for Sellex; The glass lamp collection Soda Lamp and the lamp Wind for Blauet; The seating collection Argenta presented at the Construmat of Barcelona in 1999; The shelving system, containers, bed, table Composit, designed along with Frederic Callis for Nova Dimensio; A collection of reception counters installed in the airports of Barcelona and Tenerife; The collection Aluminio for Cosmic; The lamps Viper, Waki and Candel for Carpyen Lighting; The chair Drop and the small table Spiral for Bonestil.

As an architect he designed, in partnership with Frederic Callis, the Barcelona corporate office of the Mutua de Seguros Palayo, along with its lighting system specifically designed for the occasion. He has also designed other buildings in Madrid, Sabadell and in Huesca. His works have been published by the most important design and furnishing design magazines. In 1995 and 1996, upon invitation of the Korean Government, he went to South Korea as a design consultant. He taught a series of Industrial and Architectural Design courses at the Parsons School Design of New York, the New Jersey Institute of Technology in the USA and at the Eina and l’Elisava in Barcelona where he is currently teaching product design.

For FontanaArte he has designed the lamp Bookend.
News
Sale offers
Outlet
Subscribe to Newsletter
+420 244 402 459
hagos@hagos.cz
© 2023 HAGOS,
DESIGNED BY
GDPR
Join us
Subscribe to our Newsletter