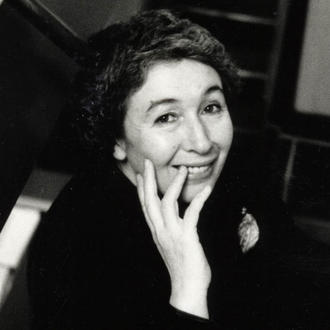 Gae Aulenti After Ms. Aulenti was awarded with her Politecnico di Milano’s degree in 1953 she worked from 1956 to 1965 for the Italian magazine helmed by Ernesto Rogers, Casabella-Continuita. Since 1956, the year she started working in Milan, Ms. Aulenti’s job description included architectural planning, interiors and scenography designing. After her stint with the Museé d'Orsay and the new Musée National d’Art Moderne section located inside the Centre Georges Pompidou in Paris, Gae Aulenti was put in charge of the renovation of the Palazzo Grassi in Venice as well as the staging of many other temporary exhibits at that same location. Among the projects that were developed most recently are: The recently complete access to the S. Maria Novella train station in Florence; The "Palazzo Italia" at the Sevilla's EXPO '92; The "Galleria per Esposizioni Temporanee" (Gallery for Temporary Exhibits) at the Triennale university in Milan; "The Italian Metamorphosis" exhibit at the Guggenheim Museum of New York and at the Kunstmuseum in Wolfsburg; The scenography for Richard Strauss' opera "Elektra" at the "Teatro La Scala" in Milan; The scenography for William Shakespeare's play "King Lear" at the "Teatro Argentina" in Rome and at the "Teatro Lirico" in Milano; The renovation of the San Marino Republic Government Palace "Palazzo del Governo della Repubblica of San Marino"; The winning bid for the reconstruction of the "Teatro La Fenice" with Impregilo S.p.a. in Venice of June 1997, that was retracted in 1998; The new headquarters for the Italian film archive Foundation "Fondazione Cineteca Italiana", named "Spazio Oberdan" in Milan; The renovation of the "ex-Scuderie Papali" by the Quirinal in Rome now used as a temporary exhibit space (the grand opening was celebrated with the exhibit titled "I Cento Capolavori dell'Ermitage: Impressionisti e Avanguardie"); Reassessment of the Cadorna square in Milan; International contest upon invitation for the widening of the museum "Museo dell’Opera del Duomo di Firenze"; The new Asian Art Museum in San Francisco.

Among the projects that are currently in progress: Completion of the Barcelona's "Catalan Art Museum"; "Citta degli studi" in Biella as a local branch of the Politecnico University of Turin; The "Istituto Italiano di Cultura e Cancelleria" (Italian Institute of Culture and Chancellery) of the Italian Embassy in Tokyo; The "Museo" and "Dante" train stations; The Piazza Cavour and Piazza Dante squares in Naples; The renovation of the "Palavela" arena and the designing of the ice-skating short-track plant for the 2006 Winter Olympics in Turin.

Among the show-case projects in progress: The New York exhibit titled "1950-2000: Theater of Italian Creativity"; The Genova exhibit titled "Bilbao a Genova"; The "Biumo di Varese" exhibit "Giorgio De Chirico. Gladiatori 1927-1929"; The new show-case created for the Estense Castle in Ferrara conceived as a story that retraces its history.

Among the many awards that Gae Aulenti has received throughout her career we remember the following: "Chevalier de la Légion d’Honneur" (Paris); Honorary Member of the American Institute of Architects – Hon. FAIA; Imperial Prize to Architecture (Tokyo); "Cavaliere di Gran Croce" on merit by the Italian Republic (Rome); Degree ad honorem in Fine Arts by the Rhode Island School of Design (Providence – USA). In 2002 she was sent as a jury member for the international projects "TAV- New High Speed Train Station of Florence" and "The Grand Egyptian Museum, Giza-Cairo".

For FontanaArte, Gae Aulenti has designed many products such as the lamps Parola, Giova, Diamante, Diastema, the Alcamo system, the Tour, Tavolino and Tavolo con ruote tables.