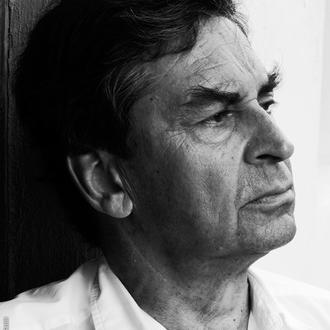 FontanaArte. Franco Raggi was born in 1945 in Milan, Italy and obtained his architecture degree at the "Politecnico" University of Milan in 1969.

In 1973 he created and organized the first critical exhibit on the Italian Radical Design on behalf of IDZ (Internationales Design Zentrum). From 1975 to 1977 he was the coordinator assistant for the section Visual Arts-Architecture of the Biennale exhibit in Venice.

In 1979 and 1980 he was responsible for the section "Raccolta del Design" at the Triennale exhibit in Milan and carrying out the stands "Censimento del design" (Design Census) and "La casa decorata" (The Decorated House). In 1981 on behalf of the Architecture Section of the Biennale exhibit center in Venice he created and organized the exhibit "L'oggetto Banale". In 1983, for the occasion of the XVII Triennale exhibit he created and organized the exhibits "Le case della Triennale: otto progetti domestici contemporanei" (the houses of the Triennale: eight contemporary domestic projects). During the XVIII Triennale exhibit in 1998, he arranged and organized the section Design of the thematic exhibit titled "Il futuro delle metropoli" (The future of the city). In 1997 he arranged and organized the exhibit "Goti d'autore" in Milan and "Incastri Pericolosi" on bahalf of "Abitare il Tempo" in Verona. He authored a number of exhibits such as: "Assenza Presenza" (Bologna 1978), "Cinquant'anni di architettura italiana" (Milano 1979), "Provokationen" (Düsseldorf 1982), "Dal cucchiaio alla citta" (Milan 1983), "Una generazione Postmoderna" (Genoa 1983), "Phoenix" (Toronto 1984), "La neomerce" (Milan-Paris 1985), "Habitat" (Paris, Amsterdam, Tokyo, Basel, 1988), "Neoclassico" (Trieste 199O), "Identita e differenze - I racconti dell'abitare" (Triennale of Milan 1994). His writing and his works have been published in the main Italian and international magazines. He has held lectures and conventions in Berlin, London, Zürich, Aspen, Atlanta, Chicago, New Dheli, Osaka, Valencia, Santiago del Chile and Shangai. He has developed architectures, stands, exhibits, books, sets, environments and objects, these last one, for various companies such as FontanaArte and Candle, Cappellini, Poltronova, Italtel Telematica, Luceplan, Tendentse, Roset France, Kartell, Glas, Barovier&Toso, DZ licht, Danese and Zeus.

Since 2001 Franco Raggi has been the Art Director of lighting and engineering for the company Barovier&Toso.

Since 2004 he has been coordinating the lighting engineering project Maestri on behalf of the FontanaArte group. Among the most his most important projects: 1998He designed the first Italian store chain Granciclismo in Milan; 1999Image planning for the 15 Morassutti house stores part of the group; 1984-1989 Design and new products counseling for the group Italtel Telematica; 1984 Strategic research on the evolution of signs and the shapes of the electronics applied to the car design for Fiat Auto; 1990-1991 Planning of the new Bain&Cuneo associati’s Milan offices; 1992 and 1998 Planning FontanaArte’s showrooms in Los Angeles and Milan; 1991 and 1997 Planning Barovier&Toso’s showroom in Milan and in Murano; 1993-1996 Architectural planning of the interiors for the hospital Istituto Clinico Humanitas in Rozzano, Milan; 2000Architectural planning of the interiors for the new Gianfranco Ferré’s Milan offices; 2001Architectural layout planning and interiors of the Techint’s new Milan offices; 2002Architectural planning of the interiors for the extension of the hospital Cliniche Gavazzeni in Bergamo. His lamp titled "On Off" is included in the permanent collection inside the Museum of Modern Art (MOMA) of New York. Franco Raggi's drawings and his artworks are presented in the FRAX collection (Fonds Regional d'Art Contemporain) of Orléans, France, and in various private collections. He taught at the faculty of architecture of the University of Pescara, the European Institute of Design of Milan and he is currently teaching the interior designs course at the ISIA of Florence.

He holds the title of Vice Director at the Architectural and lighting design magazine FLARE. Franco Raggi has designed the Drum, Flute, Lenticchia, Lenticchiona, Magnum, Paella, Trude, Velo lamps, the Invidia table, the Tazio trolley, the Gelosia bookcase and many others for
News
Sale offers
Outlet
Subscribe to Newsletter
+420 244 402 459
hagos@hagos.cz
© 2023 HAGOS,
DESIGNED BY
GDPR
Join us
Subscribe to our Newsletter