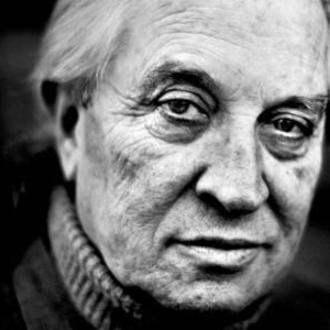 Vittorio Storaro was born in 1940 in Rome, Italy. In 1960 he graduated from the "Centro Sperimentale di Cinematografia" filmmaking institute while majoring in Film Shooting. His moment of glory, that he unconsciously was waiting and was getting ready for, had come in 1968 with the movie "Giovinezza Giovinezza" directed by Franco Rossi. This had been the movie that allowed Vittorio Storaro to completely express himself by adding all those photography concepts unique to him, like a sort of digital imprint of his photographic-figurative vision.

Directors like Luigi Bazzoni, Dario Argento, Giuseppe Patroni Griffi, Fabio Carpi, Salvatore Samperi, Giuliano Montaldo, Luca Ronconi, Michael Apted, John Harrison, Alfonso Arau but mainly Bernardo Bertolucci, Francis Coppola, Warren Beatty and Carlos Saura, brought him to a deeper cinematographic, stylistic maturity, which allowed him with time to develop a more conscious style of expressive lighting possibilities of images. Vittorio Storaro has been President of the "Associazione Italiana Autori Cinematografia Fotografica" (Italian Association of the Authors for Cinematographic Photography) between the years 1988 and 1990 and he is currently a member of the following associations: American Society of Cinematographers A.S.C.; European Academy of Film and Television; Academy of Motion Picture Arts and Sciences of Los Angeles; Accademia Italiana del Cinema (AIC). For ten years he taught a course titled "Cinematografia: scrivere con la luce" (Cinematography: writing with light) at the Arts and Science Academy of L'Aquila. He has published a trilogy of titles "Storaro: Scrivere con la Luce" (Storaro: writing with light) where he boiled down all of his studies and research he carried out throughout the years. He often likes to collaborate with his daughter the architect Francesca Storaro to create permanent works based on lighting design. Recently, together they created a special photo painting stand titled "Il Visionario" for FontanaArte.

Vittorio Storaro's ambition is the legislative recognition of the author’s rights as co-author of the film for all cinematographers in the world. Francesca Storaro was born in 1966 and obtained her architecture degree in 1996 in Rome with the highest grade. In 2000 she attended a postgraduate course on the subject "Science of the Lighting" at the Faculty of Physical and Natural Mathematical Science inside the University of Studies of Florence. As a lighting engineer, and together with her father Vittorio Storaro, she has created a number of works such as: "Italia '90" and "Il Mito di Pegaso" with the sculptor Mario Ceroli; "Machina Orvietana" along with the architect Paolo Portoghesi; "The Tower of Auguste Perret" at Amiens along with the architect Massimiliano Fuksas. As a lighting designer she has taken care of a number of permanent lighting projects such as: "La piazza del Campidoglio" for the city of Rome; "La citta della Luce" for the city of Sabaudia; "Mostra d'arte Cinematografica" for the 55th Biennale exhibit in Venice; the exhibit "Cine-Moda" at Palace Strozzi in occasion of the Biennale exhibit in Florence; The exhibit “Piranesi e l’Aventino” at the Church of Saint Mary at the Priorato in Rome; "L'Ariccia del Bernini" at Palace Chigi in Ariccia; "Piazza XX Settembre" for the city of Pordenone; "La citta ideale" for the city of Locarno -Swizterland. Vittorio Storaro supervised the planning of the exhibits "Scrivere con la Luce" e "Storaro/ Covili, Il segno di un destino".

Both Storaros have designed the luminous stand "Il Visionario" for FontanaArte.
News
Sale offers
Outlet
Subscribe to Newsletter
+420 244 402 459
hagos@hagos.cz
© 2023 HAGOS,
DESIGNED BY
GDPR
Join us
Subscribe to our Newsletter