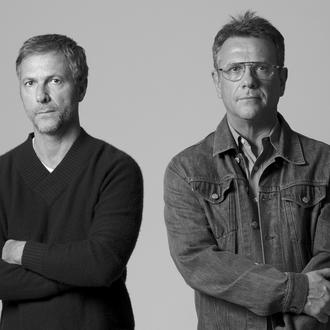 Fernando Campana
Fernando was born the 19th of May 1961 in Brotas (San Paolo, Brasil). In 1984 he obtained his Architecture Degree at the Fine Arts Faculty of San Paolo. In 1988 he taught industrial design at FAAP (Foundaçao Armando Alvares Pentendo) and at MUBE (Museu Brasileiro de Escultura) between 1999 and 2000.

Humberto Campana
Humberto was born the 17th of March 1953 in Rio Claro (San Paolo, Brasil). He obtained his Law Degree at the San Paolo University. In 1998 he taught industrial design at FAAP (Foundaçao Armando Alvares Pentendo) and at MUBE (Museu Brasileiro de Escultura) between 1999 and 2000.

The Campanas have designed many solo exhibits some of which are mentioned below:
1991 "Esculturas, Pinacoteca do Estado" in San Paolo
1996 "O Brasil faz Design" at Palazzo Reale in Milan; "Museu da Casa Brasileira" in San Paolo; "Instituto de Arquitetos do Brasil" in Rio de Janeiro; "Liceu de Artes e Officios da Bahia" in Salvador; 2000"Entre o Design e a Arte" at the Museum of Modern Art in San Paolo;
2001 "Never Letting the Poetry Escape" at the Tel Aviv Museum of Arts
2002 "Ideal House" - IMM in Köln
2003 "Campana" in San Paolo, Lisboa and in Stockholm
2004 "Ideal House" - IMM in Köln. ...

and group exhibits
1989 "From Modernism to Modernity. Furniture of the XX Century" in New York
2005 and 2000 "Abitare il Tempo" in Verona, Italy
2006 "O Brasil faz Design" at the Brasilian Consolate in Milan, at the Brasilian House Museum in San Paolo, at the Parco Lage of Rio de Janeiro, at the Teatro Nacional in Brasilia
1998 "Project 66" (Campana/Ingo Mauer) exhibition at the Moma of New York
2002 "Milan in a Van" in London and "Botte-Cul" in Lausanne. They also held many lectures around the world
1998 in Miami at the International University of Florida
2007 in New York at the Parsons Design School
2008 in Rome at the "Universita degli Studi La Sapienza"
2009 in Milan at the Domus Academy.

The Campanas designed the Bambu and Plastic lamps and the Tatoo table collection for FontanaArte.
News
Sale offers
Outlet
Subscribe to Newsletter
+420 244 402 459
hagos@hagos.cz
© 2023 HAGOS,
DESIGNED BY
GDPR
Join us
Subscribe to our Newsletter