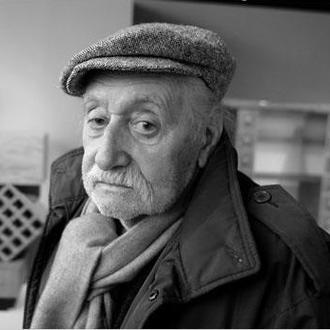 Ettore Sottsass was born in Innsbruck, Austria in 1917. In 1939 he obtained his architectural degree from the "Politecnico" University of Turin. In 1947 he opened his own studio in Milan where he took care of designing and architectural projects. Along with his studio projects he developed his cultural activity; in fact Ettore Sottsass designed various editions of the Triennale exhibit and displayed his works in collective and personal exhibits in Italy and abroad.

In 1958 he started the cooperation with Olivetti, as a designer consultant, that will last for over 30 years and will help him to earn three "Compasso d'Oro" (Golden Compass) awards. With others, in 1959 he designed the first Italian computer and then a number of legacy devices, electric typing machines and portable typing machine such as Praxis, Tekne and Valentine. Finally, after a long round of conventions in British universities, he was awarded the Honorary Degree from the Royal College of Art of London.

In 1981, he founded the Memphis Group along with some co-workers, friends, and internationally acclaimed architects and soon after he became the new design symbol and reference point for the contemporary arts. One year later he founded the Sottsass Associati with which he carried out his career as a designer and architect.

His works and projects are part of permanent collections of the most important museums in different countries around the world such as:
- the Museum of Modern Art (MoMA) of New York
- Metropolitan Museum of New York
- Centre Georges Pompidou in Paris
- Musée des Arts Décoratifs in Paris
- Victoria & Albert Museum in London
- Musée des Arts Décoratifs in Montreal, Israel Museum in Jerusalem
- National Museum in Stockholm, etc...

In the same year he was appointed "Grande Ufficiale per l'Ordine al Merito" from the president of the Italian Republic. - In 2003 he was appointed "Commandeur de l'Ordre des Arts et des Lettres" by the Culture Minister of the French Republic. He designed the Giorno bookcase and the work-top vases and objects collection for FontanaArte.
News
Sale offers
Outlet
Subscribe to Newsletter
+420 244 402 459
hagos@hagos.cz
© 2023 HAGOS,
DESIGNED BY
GDPR
Join us
Subscribe to our Newsletter