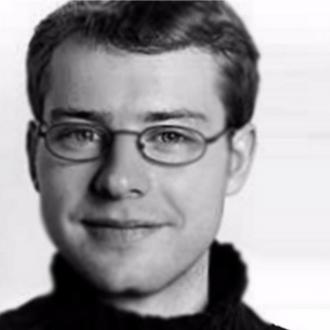 Didier Raimbault was born in Paris, France, in 1970. After his studies at the Institut d'Arts Visuels in Orléans, France, he went for a Masters's degree in Design and Management at the Faculty of Architecture at the "Politecnico" University of Milan. In 1993 he collaborated with the packaging design studio Carré Noir in Paris, in 1994 with the environmental design studio Diasonic in Paris, and in 1995 with the association VIA.

From 1997 to 2001 he worked at the Studio Rodolfo Dordoni as a Design Developer.

Since 2001 he has been designing on behalf of Segno and Armani Casa. His most noted works are the Avio chair, the Ply-food plate ware, the Globo lamp, the Trim lamp and the City backpack.

Didier Raimbault has designed the Screen mirror and the Mix cd holder for FontanaArte.
News
Sale offers
Outlet
Subscribe to Newsletter
+420 244 402 459
hagos@hagos.cz
© 2023 HAGOS,
DESIGNED BY
GDPR
Join us
Subscribe to our Newsletter